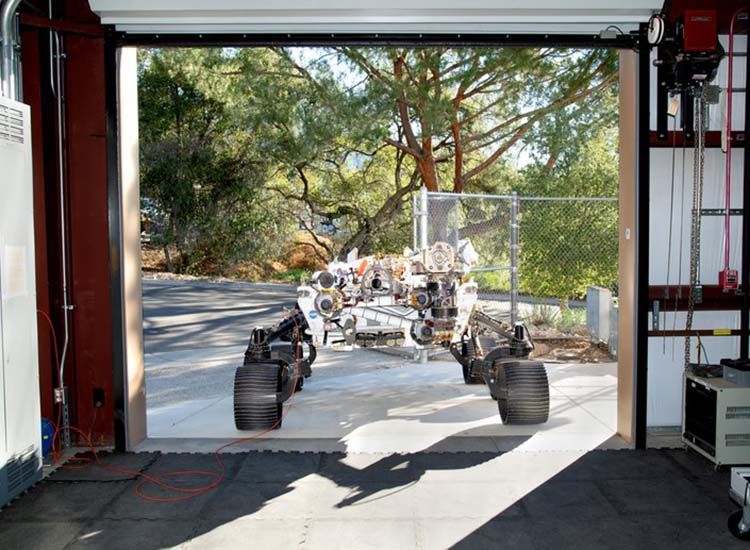 OPTIMISM, the Perseverance Rover’s twin, is conducting tests on Earth to prepare Perseverance for challenges ahead. | Photo Credit: NASA/JPL-Caltech

OPTIMISM is a full-scale engineering model of Perseverance, modified slightly to better handle Earth’s conditions. For example, OPTIMISM has wider wheels than Perseverance does, to help it better combat Earth’s stronger gravity. OPTIMISM is short for Operational Perseverance Twin for Integration of Mechanisms and Instruments Sent to Mars.

With OPTIMISM, NASA is able to test tricky terrains and delicate sample gathering on Earth. NASA can quickly intervene if something goes wrong, before it has Perseverance take on the task.

OPTIMISM has recently been given an upgrade. NASA scientists added additional mobility software and an adaptive caching assembly. Now, OPTIMISM is able to do end-to-end testing, from drilling rock to collecting samples to caching the samples in a cylinder.

The Mars Yard is as long as a doubles tennis court and twice as wide. It’s modeled to look like a martian landscape. It’s a sort of obstacle course for NASA’s rovers, with slopes and rocks strewn about to test the rover’s mobility.

Perseverance is on Mars to search for signs of ancient microbial life. That means that it’s tasked with taking rock samples from Mars. OPTIMISM is testing a variety of different types of rocks, as the scientists aren’t sure what Perseverance will encounter on Mars. For example, OPTIMISM recently cored a rock successfully on a slope without slipping. This makes scientists hopeful that Perseverance could do the same on Mars.

OPTIMISM is also putting Perseverance’s autonomous navigation system, AutoNav, to the test. In the Mars Yard, the rover can be presented with obstacles for it to figure out how to work around. The goal is to see if Perseverance will be ready for longer drives in the future.

“The size and shape of rocks in the visual field – will they turn into obstacles or not?” said Bryan Martin, the flight software and test beds manager at JPL. “We test a lot of that and figure out what kinds of things to avoid. What we have safely traversed around here has informed rover drivers in planning their traverses on Mars. We’ve done so much testing on the ground we can be confident in it. It works.”

The Perseverance Mars Rover was launched in July of 2020 and made its landing on Mars in February 2021. Perseverance is exploring the Jezero crater. In September 2021, the rover cored its first rock sample on Mars. 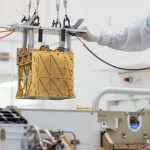 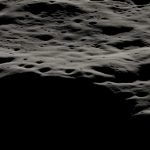 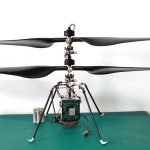 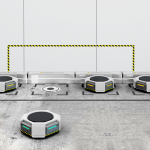