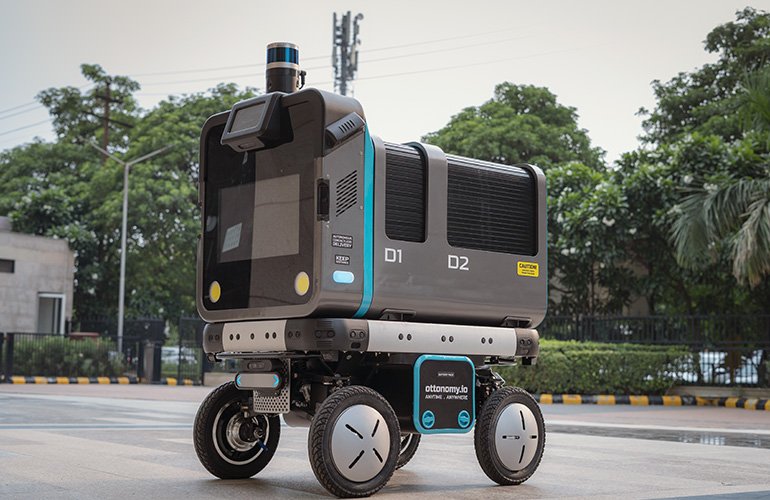 The new Ottonomy 2.0 AMR features swerve drive for omnidirectional motion, plus a long list of other features. | Credit: Ottonomy

With the closing of the seed round, Ottonomy.IO has raised a total of $4.9M. The company has a wide range of investors across the hospitality sector.

“Last mile delivery is the least productive, yet the most expensive part of the delivery chain. There is a strong need for automation, which Ottonomy fulfills with Ottobots,” says Roopan Aulakh, Managing Director from pi Ventures. “Ottobots are equipped with a sophisticated tech stack both at hardware and AI level. The founding team here brings years of multi-functional robotics experience, reflecting in the world class product that they have built and commercialized.”

In late 2021, Ottobots started delivering food, beverage and travel retail items to passengers waiting at the Cincinnati International Airport (CVG). This deployment use case provided the company with a well controlled environment to learn from, and to evolve the operational elements of the process.

“The team and I have been deeply vested into autonomous driving for more than a decade. We believe fully autonomous delivery robots are not only a precursor to autonomous vehicle proliferation but are solving today’s biggest challenges like – the labor shortage; enabling staff to do more with less,” says Co-founder and CEO, Ritukar Vijay. “Introducing Ottobot 2.0, we are bringing best in class maneuverability, accessibility and modularity to our fully autonomous robots; which sets us ahead of our competition.”

With strong customer validation and positive response from customers at CVG, the company has started partnerships with multiple airports across the US and Europe. In addition to expanding its curbside and last mile delivery technology advances, the company is involved with top Fortune 500 corporations in the retail and restaurants industry across North America for wide adoption.

The company has successfully completed pilots at the Newlab 5G Studio in New York using Verizon’s 5G networks, making a huge leap in capability to deploy large fleets and increasing its footprint across North America, Europe and the Middle East.

The company also announced a new generation of its indoor/outdoor autonomous mobile robot. The Ottonomy 2.0 AMR was redesigned from the ground up based on what the company learned from operating the first generation of last-mile delivery robots in locations such as airports. Ottobot 2.0 is designed for both indoor and outdoor operations, and the new feature set reflects this requirement.

Here’s a list of the new features on Ottobot 2.0:

The following video provides a live look at all of these new features.

The post Ottonomy closes $3.3M seed round and announces Ottobot 2.0 appeared first on The Robot Report. 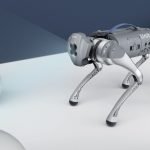 Unitree closes Series B round for quadruped robots 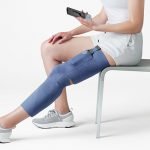 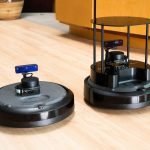 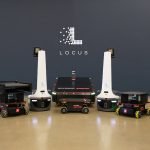 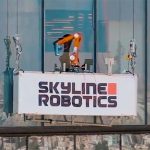