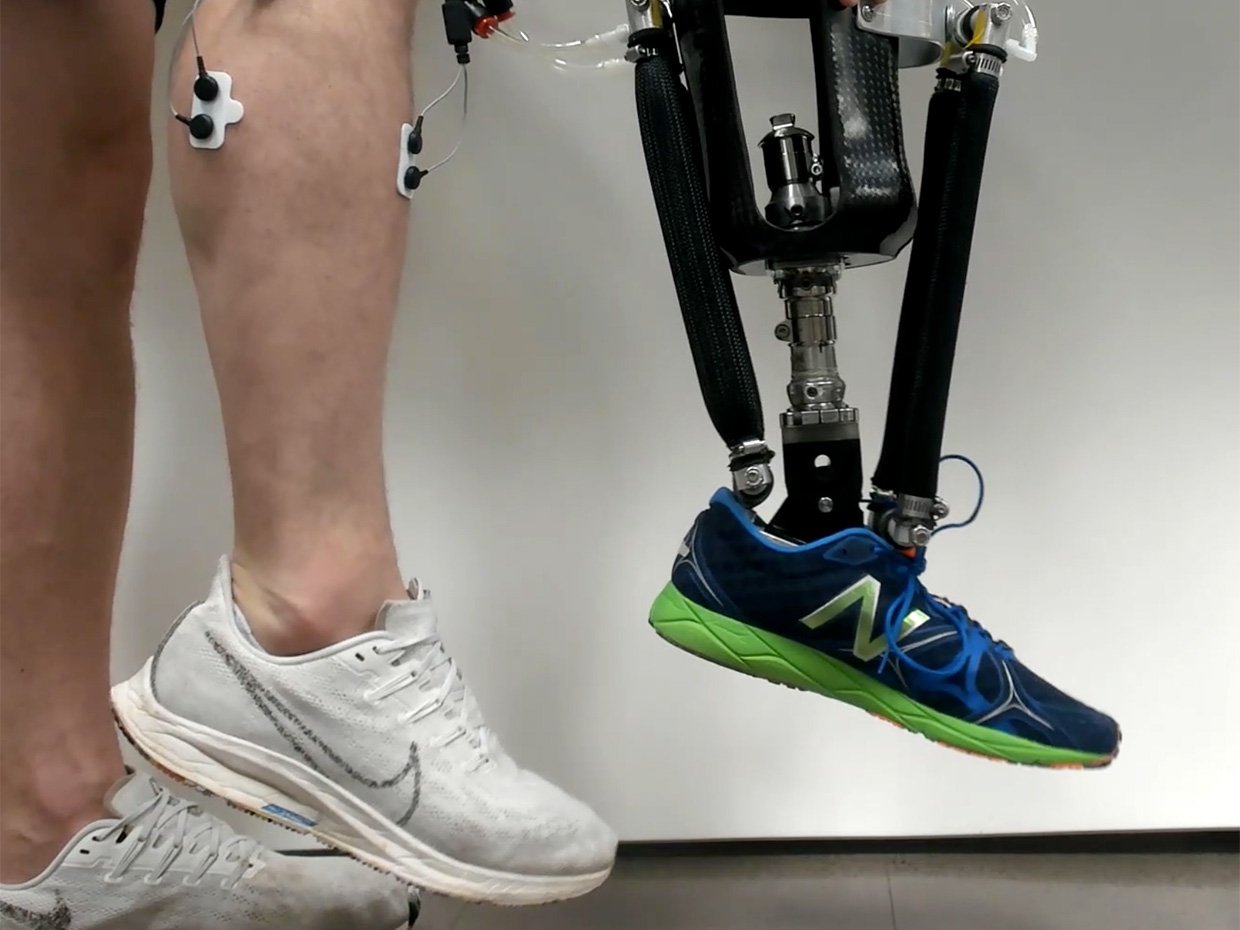 These exoskeletons can often automatically perform preprogrammed cyclic motions such as walking. However, when it comes to helping patients with more complex activities, patients should ideally be able to control these robotic prosthetics by thought—for example, using sensors attached to legs that can detect bioelectric signals sent from your brain to your muscles telling them to move.

“Autonomous control works really well for walking, but when it comes to more than just walking, such as playing tennis or freestyle dancing, it’d be good to have neural control,” says study senior author Helen Huang, a biomedical engineer at North Carolina State University.

One question when it comes to neural control over robotic prosthetics is how well the nervous systems of patients can still activate the muscles that amputees still have left in a limb.

“During surgery, the original structures of muscles are changed,” Huang says. “We’ve found that people can activate these residual muscles, but the way they contract them is different from that of an able-bodied person, so they need training on how to use these muscles.”

In the new study, Huang and her colleagues had an amputee with a neurally controlled powered prosthetic ankle train with a physical therapist to practice tasks that are challenging with typical prostheses. The prosthetic received bioelectric signals from two residual calf muscles responsible for controlling ankle motion.

The 57-year-old volunteer lost his left leg about halfway between the knee and the ankle. He had five training sessions with a physical therapist, each lasting about two hours, over the course of two-and-a-half weeks. The physical therapist helped provide the volunteer feedback on what the joint was doing, and trained him “first on joint-level movements, and then full-body movements and full-body coordination,” Fleming says.

After training, the volunteer could perform a variety of tasks he found difficult before. These included going from sitting to standing without any external assistance, or squatting to pick up something off the ground without compensating for the motion with other body parts.

In addition, improvements in the volunteer’s stability exceeded expectations, whether he was standing or moving. Amputees wearing lower-limb robotic prostheses often experience less stability while standing, as it is difficult for the machines to predict any disturbances or the ways in which a person might anticipate and compensate for such disruptions.

The researchers now aim to examine more patients with robotic prosthetics and test them with more tasks, such as avoiding obstacles. They also want to investigate what the nervous systems of these volunteers might be doing during such training. “Are they restoring their original neural pathways?” Huang asks.

The scientists detailed their findings in a paper published this month in the journal Wearable Technologies.