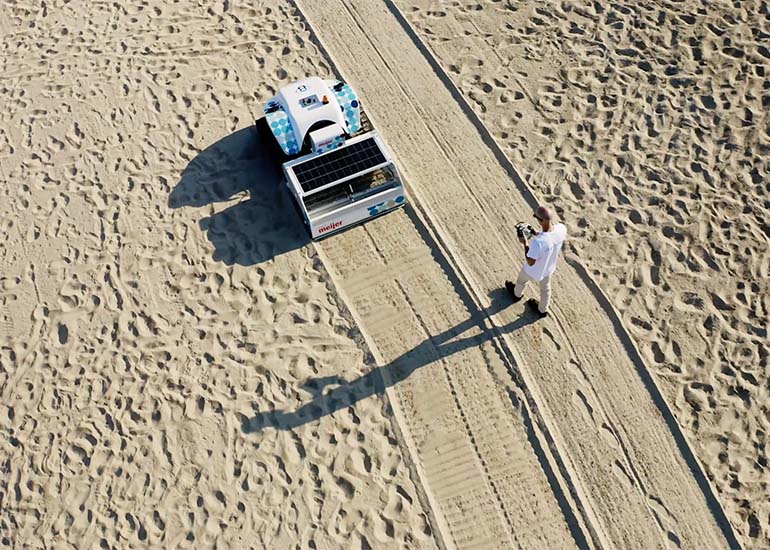 The Bebot robot can clean 32,000 square feet of beach per hour. | Source: Meijer

Meijer, a midwestern retailer, is using the BeBot and Pixie Drone to clean up midwestern beaches and waterways. The project is part of Meijer’s participation in the Great Lakes Plastic Cleanup Program. Meijer is collaborating with the Council of the Great Lakes Region (CGLR) on the project.

The BeBot is a remote-controlled beach cleaning robot that has a cleaning capacity of 32,000 square feet per hour. The solar and battery-powered robot rakes through sand without making changes to the beach environment, collecting plastic litter and other waste. Things like bottles, cans, food wrappers and cigarette butts are gathered into a basket for disposal and recycling.

The Pixie Drone is a remote-controlled water drone capable of collecting up to 200 lbs of material per use. The drone navigates through busy marinas and other waterways to collect plastic litter and other debris floating on the surface of the water. While the Pixie Drone cleans, it also collects water data like temperature, pH, salinity, turbidity and dissolved oxygen.

Meijer kicked off the project earlier this week with a press conference at Pere Marquette Beach in Muskegon, MI. There, the company did a live demonstration of the robots. Representatives from the Grand Valley State University Annis Water Resources Institute (GVSU-AWRI) will operate the robots along the Muskegon lakeshore.

“Microplastics have become one of the most pressing issues facing our waterways, both in the Great Lakes and on a global scale; we are both excited and honored to be part of Meijer’s initiative to fund new technologies to address this problem,” Dr. Al Steinman, the Allen and Helen Hunting Research Professor at GVSU-AWRI, said. “It is critical to resolve the microplastic dilemma, not only for the ecology of our local waters but also for the economy of our coastal communities, who visit and recreate on our beaches and lakes with the expectation that they are clean and pollutant-free. The BeBot and Pixie Drone will help ensure those expectations are met.”

The deployment is part of the expansion of the Great Lakes Plastic Cleanup’s plastic capture and recovery effort, which was started in 2020 by the CGLR and Pollution Probe. The BeBot and Pixie Drones were funded by a $1 million donation Meijer made to the charitable arm of the CGLR in the US, the CGLR Foundation.

The post Meijer deploys BeBot, Pixie Drone to clean up the beaches of the Great Lakes appeared first on The Robot Report. 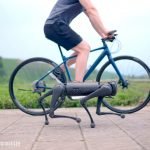 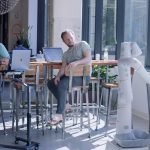 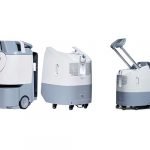 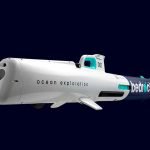 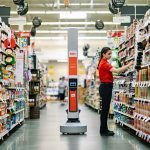