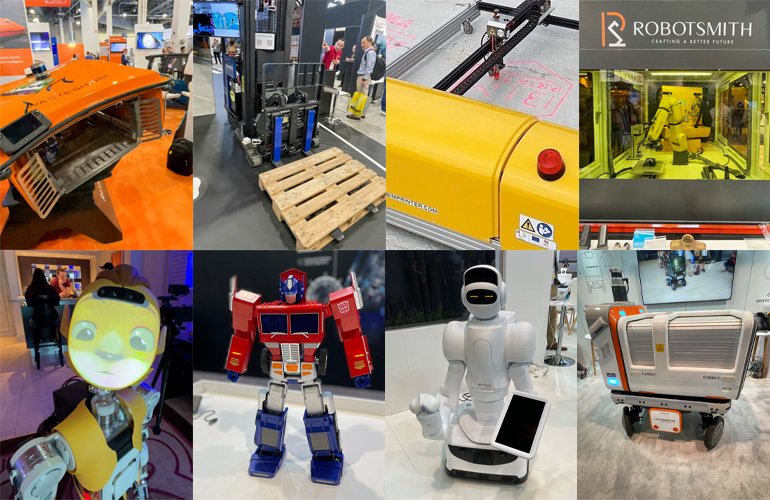 The consumer electronics show (CES) is the largest event for consumer product launches in the world. I had the opportunity to attend CES for the first time this year, and it was an overwhelming experience. With over 3,200 vendors, there is so much to see that it would be impossible for one person to see and experience everything. That’s where pre-event research is critical to distill the vendor list down to a manageable size. I wanted to see over 60 robot-related products at CES 2023, and I only had two days to do so.

Here’s a recap of my favorite robotic solutions at CES 2023 (in no particular order):

If you went to CES 2023 but didn’t meet Mirokai, don’t go looking for the booth that wasn’t there. Enchanted Tools showed off Mirokai in a private suite to an exclusive group of people. I was lucky enough to secure an invite.

There’s a lot to like, and a lot to question about the future of Mirokai as a commercial solution. What I liked about Mirokai was the top-notch overall design, form and function of the robot. The Enchanted Tools designers and engineering team did a fantastic job in pulling the whole design concept together. I love the face, head and interactivity of Mirokai – it’s immediately engaging.

With an animated face, there’s no uncanny valley to cross, and you are immediately enthralled (some might say enchanted) by the eyes, mouth and voice. This robot is built kinematically around a ball-bot, and there hasn’t been a commercially successful implementation of a ball-bot yet. With a moveable torso, head and arms, Mirokai is more complex than the original ball-bot designs.

The beauty of the ball-bot is in its fluid motion across the floor, and this supports the illusion of the Mirokai character. The downside (in my opinion) is that a ball-bot is dynamically stable, and any small disruption to its balance, such as pushing on the head or pulling on an arm, requires that the robot respond to keep its balance. In an ideal world with flat surfaces, the ball-bot can maintain its balance. However, the cluttered house of an elderly owner is going to present challenges to the navigation paradigm and balance-keeping algorithms for this class of robot design.

Overall, I give Mirokai high marks for design implementation and interactivity. It is the most pleasing service robot that I’ve ever interacted with.

What was a little over the top in the product introduction, is the whole mythology behind the Miroko world and the Mirokai characters. Enchanted Tools is trying to make a whole new set of characters and bring them to life. To make a social robot for the elder care use case, you don’t need to know the whole origin story behind it.

The company has already shown that it can give Mirokai a persona that is charming and fun to talk to. If Mirokai is used for entertainment, the company still has a lot of work to do to make videos, books and games that fit with the mythology.

Ottonomy demoed the new Ottobot Yeti last-mile delivery robot at CES 2023. This new platform includes an entirely new drive platform that includes holonomic motion using a four-wheel swerve drive. The cargo-carrying payload platform has also been redesigned to be larger and more robust. The payload area includes two cargo bays that open autonomously, to allow a patron to remove only their order.

Yeti also features an optional autonomous cargo drop door. This enables Yeti to autonomously move a package (i.e. a box) from inside the cargo bay, onto the ground or into a locker.

Ottonomy received an RBR50 Award in 2021, for its first delivery application deployment within the Cincinnati Airport. Since that first generation, Ottonomy has continued to expand the capabilities of the platform, and to enable indoor to outdoor navigation. This capability makes Ottobot one of the few AMRs capable of both indoor and outdoor navigation with the same platform. The company is targeting curbside delivery for both grocery and mall-based restaurants as the initial market for the robots.

Aeolus Robotics demoed the second generation of its aeo social robot at CES2023. This latest generation of aeo is a complete redo of the robot design from the original model. The robot still features two fully articulating and vision-guided manipulators (i.e. arms).

aeo can be equipped with a number of different end effectors. The primary gripper is a two-fingered gripper, useful for picking up items, and opening drawers and doors.

The company has also developed (and demoed) the following end effectors:

The primary use case for aeo is elder care, and the company has deployed a number of aeo gen 2 units into elder care facilities in Japan. With the new capability to ride an elevator, aeo can now be deployed into multilevel facilities.

The construction robotics market has evolved quickly over the last five years. One of the companies on my CES hit list was BIM Printer, a French robotics company that hasn’t spent much time in the U.S. prior to this event.

Unfortunately, the company didn’t have a live demo at the booth, but I spent some time talking to co-founder Vincent Agie. The robot is currently being employed to lay out the interior floor space for tenants at the Burj Khalifa (the tallest building in the world).

BIM Printer has an accuracy of 2 mm (0.079″) and achieves this accuracy through the use of a total station to localize the position of the robot. The go-to-market for the company is through survey company partners and construction service companies.

The company is also introducing a BIM ceiling printer that can mark all of the construction details onto the ceiling. This data includes the placement of walls, ducting, water, electrical and other utilities.

I stumbled on the Waste Shark by RanMarine in the Netherlands innovation area of CES Eureka Park. This was the serendipitous part of my CES adventure. Waste Shark is an autonomous marine vehicle that is designed to navigate small waterways and clear plastics, bio-waste and other debris from the surface of the water. The robot is completely autonomous but takes its basic design from its larger manned sibling, the Tender Shark.

The primary use case for Waste Shark is to operate on contained bodies of either fresh or salt water.  Parks, golf courses and amusement parks are just a few of the potential application areas for Waste Shark. The robot needs to return to the dock or shoreline when it’s time to remove the debris from its internal trap. It is a simple process to remove the trash basket as it slides out of the front of the vehicle for emptying.

The robot monitors its forward speed and determines that the trash basket is full when there is a measurable drag on the forward motion of the vehicle. Waste Shark can operate in salt water, but due to its small size should be restricted to operation in contained harbors.

What would CES be without toy robots? There were plenty of consumer robotic toys on display, but I’ve chosen to discuss my favorite robotic plaything. Robosen is more than just a toy, its product line includes a number of transforming robot characters that range in price from $300 to $1000.

The current star of the Robosen product line (more on that later) is the Elite Optimus Prime auto-converting and programmable robot. The product is officially licensed and designed in collaboration with Hasbro.

Optimus Prime Robot is an auto-converting, interactive, programmable, voice-activated, mobile-controlled robotic toy. Robosen brings Optimus Prime to life with a fully immersive experience through voice-activated actions, mobile app controls, and endless hours of creative and fun ways to program Optimus Prime to walk, punch, blast, drive, and convert at the swipe of your finger, or command of your voice.

Next on the Robosen product roadmap will be the release of a fully articulated Disney Pixar cobranded Buzz Lightyear robot. | Credit: The Robot Report

RobotSmith is a fully enclosed grinding and polishing solution that uses CAD data to drive the robot paths for material finishing. | Credit: The Robot Report

RobotSmith was another serendipitous discovery I made in the Taiwan section of CES Eureka Park. This robotic work cell is a true industrial robot application that leverages an industrial robot arm to grind and polish metal objects. It wasn’t what I would have expected to discover at CES.

I was impressed by the integration between CAD model data, force feedback and AI-driven path generation in the solution. Robot Smith uses the CAD model of a part and a simulation environment to generate the grinding and polishing path. Next, it uses vision guidance to pick up unfinished physical parts from a material tray, and take the item to the various grinding and polishing station as the item is worked to the desired final state of finish.

ThirdWave had a static demo unit in the Ouster booth at CES2023. Credit: The Robot Report

The final discovery worth highlighting from CES 2023 is Third Wave Automation. The company is developing an automated pallet-moving fork truck for use in warehouses. The bay area company didn’t have its own booth, but it had a nonmoving demo unit of its autonomous fork truck on display at the Ouster booth.

The company is using Ouster LiDAR for navigation and obstacle avoidance. The AMR has three operational modes: (1) manual; (2) remote operation; (3) fully autonomous operation. Third Wave has implemented a controls package and sensor array that can retrofit an existing fork truck. The company is initially working with a fork truck partner Clark, and has built a package for the NPX20 vehicle. This vehicle has a load capacity of 4000 lbs (1800 kg).

This control paradigm is a unique differentiator as many of the competitors are either manual/autonomous or remote/autonomous or manual/remote, but this is one of the first solutions that I’ve seen with the three operational modalities. 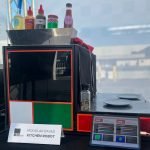 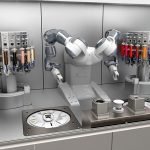 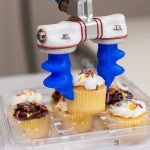 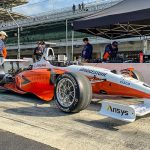 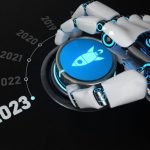