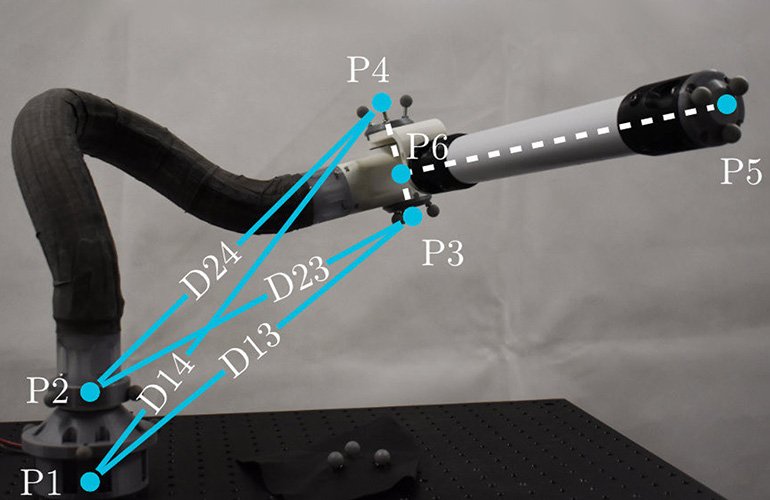 The arm is rigid from P6-P5, and has a joint at P6, the lower part of the arm is malleable. | Source: Imperial College London

Researchers at the Imperial College London have created a malleable robotic arm. The arm can be guided into shape manually, using mixed reality smart glasses and through motion tracking cameras to ensure precise positioning.

Many robotic arms are made with firm joints and limbs to ensure strength, but the researchers wanted to create an arm that is flexible enough to be used in multiple applications.

The green outline of the arm shows where it should be positioned. | Source: Imperial College London

The arm has several advantages over more traditional robotic arms. First, it’s lightweight, which makes it ideal for space travel, where every extra pound counts. It’s also gentle, so it could be used as an extra hand in injury rehabilitation. The researchers also hope the arm can be useful in manufacturing and vehicle and building maintenance.

Researchers decided to use AR to guide manipulations of the arm so that it could be done by people not familiar with robotics. They tested the system on five men aged 20-26 who had experience in robotics but not in manipulating malleable robots. Each of them were able to move the arm into the correct positioning.

The next steps will involve the researchers adding touch and audio elements to the AR, to increase accuracy in positioning the robot. They’re also interested in strengthening the robot to make them more rigid when locked into position. 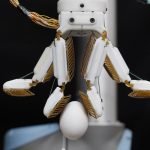 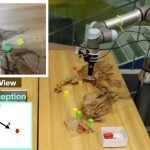 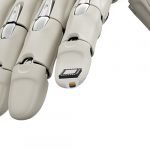 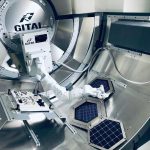